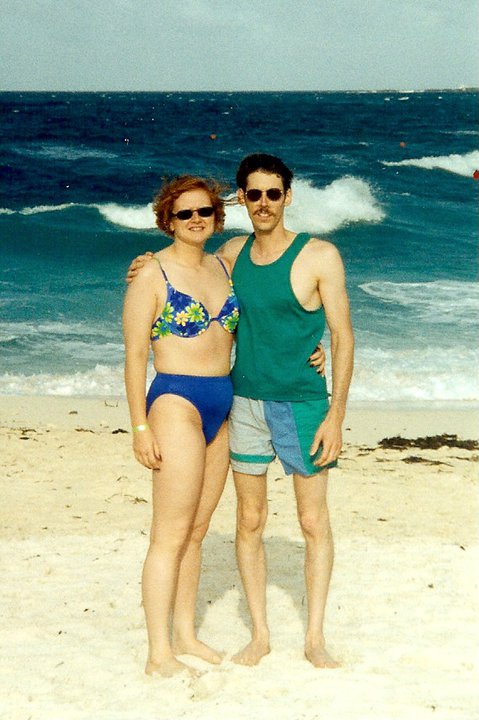 Looking back on my childhood, I believe I always had a problem with gluten.  For one thing I craved gluten along with sugar.  It was nothing for me to come home from school and open up a 16 oz. Pepsi (or two) and devour a big bag of Doritos.   At 5 or 6, I could eat adult sized meals – no problem.  I slept a lot, but when I would wake up I wanted nothing to do with food.  I have later learned that this is a symptom of adrenal fatigue (more on that in another post).  I could go half the day without eating, but when I would start it would be continuous until I laid down for bed.  My family did not try to teach me healthy eating.  This is how I remember it anyway.  Maybe they did.  I only remember that I pretty much ate whatever I wanted.  In high school, I stayed on an even keel with my weight at around 166.

Fast forward to adulthood.  I have gained and lost 1,000 pounds.  I would get excited about some goal I had in mind (I am a very goal oriented kind of gal) to get me started.  I would stick with a diet here and there,  lose some weight but it would always come back, plus some.  Many of you have done the same thing.  Mostly, it was a diet that would deprive me of the things I really loved to eat and I would get to a point where I would hit the proverbial wall and I would swing back the other way.  I think my life’s purpose on earth is to learn moderation, but that’s another blog post entirely!

I could never do anything middle of the road.  It was either all or nothing.

I met my best friend and husband, Todd,  in 1994.  We were married in 1996 and I decided to lose weight in early 1999.  My diet of choice was Atkins.  I LOVED it!  I could eat all the meat and cheese I wanted.  I was in diet heaven.  Along with working out, I dropped 75 pounds on Atkins in a little over a year.  I even got down to my lowest weight ever as an adult.  142 pounds.  1 – 4 – 2.  My main motivation this time was that we were going to attend a seminar in the Bahamas.  I had fun picking out the first bikinis I ever owned to wear them on that trip. That fat girl was still inside though.  She was waiting.  Biding her time.  My weight loss success couldn’t last.  And it didn’t.  You see, I wanted to be a Mom.  A friend made a casual comment one day that I wouldn’t be able to get pregnant because I didn’t have any fat on my body (which wasn’t true), but that comment stayed with me.  It hung around, subconsciously sabotaging my weight loss with great success.  I wanted to be a Mom more than I wanted to be thin at the time.  When I got pregnant with our oldest daughter who was born in 2002, I had gained back all of the weight I had worked so hard to lose plus added another 15 pounds to the total.   And had two more daughters in 2005 and 2007.

In January 2011, I entered a weight loss contest.   $100 buy-in.  6 of us entered.  It ran for 3 months.  I chose to follow Dr. Eric Berg’s “7 Principles of Fat Burning”.  The first thing is you go on a three week liver detox plan.  This plan eliminated grains, refined sugar and limited cheese.  No soda or caffeine.  It was at the end of this three week period that I had an Aha!  moment.  I realized that my migraines had lessened in frequency and muscle pain and flare-ups had done the same.  It felt better than I had in a long while.  Brain fog was lifting and I had a lot more patience with my kids and it seemed that my mood swings weren’t as bad.  Could it be the elimination of wheat and grains (and sugar) from my diet???  I started doing a lot of research on the gluten free (read “Wheat Belly” by Dr. William Davis) and decided to use info in Wheat Belly and Dr. Berg’s plan and the pounds were coming off consistently and I was gonna win that contest, darnit!  Well, I did win.  I lost the most body fat percentage which which equaled 34 pounds.  I had every intention of sticking with it, really I did.  But then my Dad passed away.  Life overwhelmed me and I slid right back into my old habits, slowly at first.  It was easy enough to do because the weight didn’t come back fast.  I was able to maintain my weight loss for a year before it came back in the last year or so.  The symptoms I had experienced before came back with a vengeance.  Some of them worse than before.  And I realized I needed to do something.  This whole decision making process took a year for me to commit to it, though.  I was tired of being sick and tired all the time.  I didn’t want to hit my next milestone birthday (in less than two years now) feeling and looking like this.  I spent a lot of time thinking about my kids.  What was I showing them by not taking care of myself?  I was flat out not being a good role model for my girls.  Would I make it to holding my grandbabies and watching them grow up if I kept doing the same old thing and repeating the same old patterns?  I don’t think so.  I knew I couldn’t go on like this. I had to change for ME, first and for the people I love and want to be with for as long as possible, second.  Maybe I can live to 100 or beyond???

I knew gluten free worked for me and I believed it would work again.   So I started gluten free for the second time toward the end of August.  This time I eliminated sugar, too.  And high fructose corn syrup and trans fats and caffeine and trying to eliminate processed foods as well.  Some would ask,  “Well, is there anything you can eat?”  And my answer is A LOT!!!  There are things I am eating now that I never thought I would eat and it’s good and tasty and I am enjoying finding new recipes to try.  But I am open to trying new things.  That is the key to it, I think.  You have to be willing and open to try new things.  Eliminate the junk (because it is slowing killing you!) from your diet and you can have success as well.

I am always here to answer questions.  I am taking you step by step through my process.  And believe me, if I can do it, anyone can.  You have to make the commitment to yourself and take one step at a time and move forward.

It won’t always be easy, but it will be so worth it in the long run.

2 thoughts on “How I came to be Gluten Free”